A compulsory license is a legal instrument by which a government can force the patent owner to license out their patent product to others. Compulsory licensing is a common practice in many countries. The practice is generally used in the field of pharmaceutical industries, technology, music and the performing Arts. It is a unique example of the patent law flexibilities. The clause was introduced in the “Trade-Related Aspects Intellectual Property Rights (TRIPS)” in June, 1995.

The main objective of the compulsory licensing was to curb the monopoly of a company on a vital and important product that is used for human welfare. Although “TRIPS” agreement was to encourage the new innovations for the development of the people, yet the grant of monopoly has become counterproductive in some cases. The common people have been deprived from the use of the most essential pharmaceutical and other products due to the abnormal high price fixed by the monopoly corporate. This process is hindering the growth of human society. “TRIPS” was signed for the benefits of all cross-sections of the people. Therefore, compulsory licensing clause will protect the toiling masses from the abuse of “Intellectual Property Rights”. 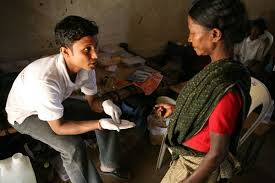 Many developing nations think that the access of the medicine is the basic right of every individual. Some big pharmaceutical companies fix the price of some life saving drugs at unreasonable exorbitant prices. Third world countries have passed the compulsory license to curb this unfair practice of the inventor companies. Brazil, Ecuador, South Africa, Zimbabwe, Malaysia, Indonesia, Thailand have already taken the benefits of the law.

Though India is a party of “TRIPS” agreement from its inception, yet it did not issue the law since 2005. India introduced the compulsory licensing into Patent Act according to the recommendations by Ayyanger Committee. Prior to the implementation of the compulsory laws, the monopoly trade practices were controlled by the “Competition Act-2002”. Section 27 and 28 of the Act delegated a lot of power to the Competition Commission of India to curb the anti people monopoly practices of the corporate. If a business exploits the consumers taking unfair leverage, the Commission may sell off or transfer the property rights including property rights.

Therefore, when Government proposed the “Compulsory Act Bill” in the Indian Parliament, a great debate began in favor and against the bill. Anti-bill lobby mentioned that “Competition Act-2002” is enough to curb the unfair monopoly trade practices. They also said that the act would deprive the inventor company from their legitimate profit. These companies invest a lot of money for research and development in healthcare and other industries. If the companies do not get proper compensation, they will not further invest money in research and development. As a result of it, the human society could not accept the challenge of fighting the new diseases or new inventions. The development of the human society will be stopped in long run. However, Ayenger Committee suggested a limited use of compulsory license Act to ensure the supply of the patented invention in India at a reasonable price. The issue is very much complex in nature. 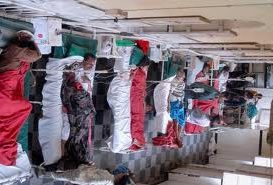 A number of observers suggested for including a mechanism that will cater the interests of both inventor companies and the common people of India. The most important suggestions came from the “Intellectual Property Rights” attorneys. They said that Government should encourage the companies to provide the patented drugs to the poor people through corporate social responsibilities program and Government should also create a mechanism by which the patients can get the medicines at subsidized rates. The inventor companies can help the poor by patient welfare program. If the inventor company cannot implement these measures within two years of the patent, the government can take legal action under the provision of compulsory license act.