How the FUCT a mark becomes scandalous or Immoral

How the FUCT a mark becomes scandalous or Immoral 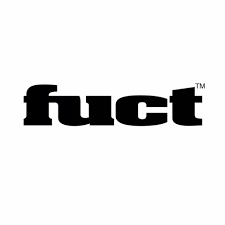 A mark shall not be registered as a trade mark if it comprises or contains scandalous or obscene matter. This principle is followed in almost all the countries as one of the ground of refusal for Trademark Registration. It is followed in U.S; “Under Section 2(a) of the Trademark Act, 15 U.S.C. §1052(a), which is an absolute bar to the registration of immoral or scandalous matter on either the Principal Register or the Supplemental Register”. But then what amounts to scandalous or immoral under which circumstances is a matter of issue, which differs from case to case.

Can a trademark be rejected on the ground that it could be perceived with an equivalent vulgar word and/or read out differently? This issue is addressed recently in the case of Iancu v. Brunetti and decided by the US Supreme Court, in favour of the clothing brand FUCT, where  the court held that the name could be trademarked. This case has become a First Amendment case about “immoral or scandalous” trademarks, wherein it was pronounced that the US Patent and Trademark Office (USPTO) violated an entrepreneur’s free-speech rights, by denying trademark registration for his clothing brand FUCT.

FUCT is an abbreviation for Friends U Can’t Trust, according to Erik Brunetti, the artist and designer who has been using the name since 1990. In 2011, Brunetti had applied for federal registration of the mark, the request was first granted—then, unusually, denied “on the ground that the mark “FUCT” would be perceived as equivalent to the vulgar word,” (fucked). Brunetti said it is pronounced as four letters — F-U-C-T — but the court said “you might read it differently and, if so, you would hardly be alone.”

Later, Brunetti appealed before Supreme Court. Supreme Court ruled that this federal ban on the registration of “immoral” or “scandalous” trademarks violates the First Amendment right to free speech and thus is unconstitutional. The Hon’ble court followed the ruling in Matal v. Tam, in which the court held that the USPTO could not deny an Asian-American band called ‘The Slants’, a trademark based on its interpretation that the name was a racist slur and thus it could be perceived as a “disparaging” mark.

“Barring the FUCT trademark amounts to viewpoint discrimination, which is poison to a free society,” said. Justice Samuel Alito.

While deciding the case, Hon’ble Supreme Court laid down the following Rules:-

“The USPTO can’t “disfavour certain ideas”, the Govt. Cannot deny trademark registration to marks it considers immoral, scandalous, or disparaging on the basis of the Lanham Act. To do so is to discriminate based on viewpoint.

The First Amendment is meant to protect precisely the kind of speech that people generally view as offensive. What kind of specific language is offensive is a notion that shifts over time. It can depend on who is speaking and in what context.

It is not the government’s job to police speech through its intellectual property arm.”

Thus, these rules have now broadened the scope for trademark registration over such marks and before deciding whether a mark or word is scandalous or immoral, the above-mentioned rules set by the Hon’ble court need to be followed. This case marked a new beginning as all the dimensions for determining whether a mark is scandalous or not was discussed, and finally came up with a decision like never before.

Quick How the FUCT a mark becomes scandalous or Immoral