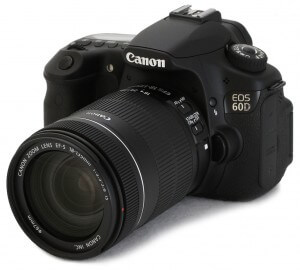 New York, UNITED STATES— Last 21st of September, Yama Capital, LLC sued Cannon, Inc. for patent infringement. The plaintiff is a limited liability firm instituted under the governance of the laws of Delaware, which claims that Canon infringes US Patent No. 6,069,982. Such case was filed in the US District Court of the Southern District of New York. The original owner of the patent was the Polaroid Corporation, and it was issued 30th of May, 2002.

In the said complaint, it was stated by Yama that they are the assignee of the patent, and the owner as well. They claimed the technology in relation with updating default data and parameter with regards to the spatial noise, characteristics present in a digital image acquisition system, and they believed that it has been infringed. Of course, the acquisition systems in question are some digital camera models produced by Canon such as the EOS-1D X, EOS 5D MARK III, EOS 5D MARK II, EOS 7D, EOS 60D, EOS, Rebel T41, Powershot G1X and Powershot S100.

The complaint also discusses a section with regards to Canon’s knowledge of the ‘982 patent, which states that: Canon cited the ’982 patent in U.S. Patent No. 6,489,973 demonstrating knowledge of the ’982 patent at least as of 2002. Also mentioned in the complaint is the invitation of Yama to Canon to discuss licensing matters. It therefore stated that Canon is aware of the patent for it was sent to them by Yama (the sending took place 7th of June). One of Canon’s person in their legal department, Kaora Nakamura, allegedly confirmed that the patent was received and directed up to the chain of command at Canon’s worldwide headquarters situated in Tokyo, Japan.

Basically, Yama based its complaint from the brochure of the Canon EOS System Summer 2012 Brochure, which stated the ability of such model to produce clear images when shooting even at low light  at high ISO speed due to noise reduction, the technology claimed by Yama. Canon even identified such technology as the differentiating feature of the model.

The Yama did not clearly identified the exact statements in the brochure, but the following statements from the brochure has clearly expressed what Yama is referring to: