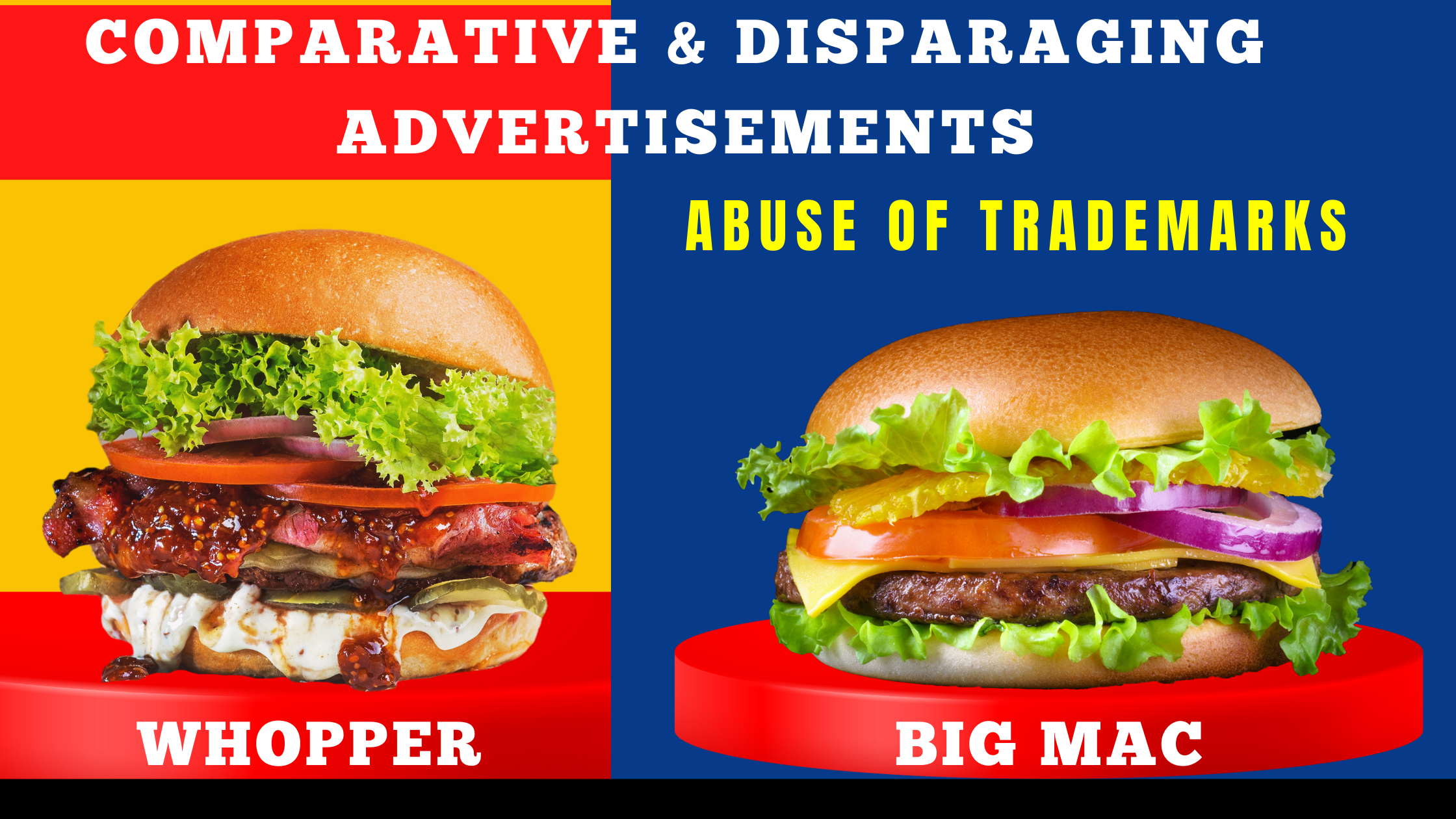 A trademark is a visual representation of a business’s brand identity. We see trademarks on a variety of different mediums. The market is very competitive in today’s digital world.

The business identity may take the form of a brand name, a product, or a service. This persona is pushed by advertisements on a variety of media outlets in order to reach consumers. Frequently, competitors’ trademarks are used to demonstrate a product’s superiority. This is the source of the conflict between unauthorized use and disparagement. When a merchant makes a false representation or disparages a competitor’s brand, the issue arises. Comparative advertising was defended because, when done effectively, it educates customers and enhances market competition. Indeed, if the promises are genuine, comparative advertising can help competition. And these charges can only be believed in the presence of a functioning legal system.

As the name implies, it is a method of promotion wherein the competitor directly uses his brand/trademark to compare product/service features. “Advertising that leverages the leading brand’s name and price raises purchase intentions for the sponsored brand more than an equivalent using brand X. This impact works by increasing the likelihood of message. Many market surveys back this up. Maybe that’s why so many dealers use comparison advertising to name their competitors. ASCI have disclaimer guidelines. Because ASCI rulings are not legally binding, advertising firms and manufacturers ignore the standards.

The boundary between comparison advertising and disparagement is thin. Comparative advertising is lawful (under the Trademark Act, 1999) if it is not disparaging. But in India, there are no such laws or norms. Because ASCI is a self-regulatory agency, its rulings are generally ignored by traders. In the absence of a clear disparagement clause, courts have considered numerous factors to determine whether the contested advertisement is disparaging. Comparative and derogatory advertisements are governed by a legal structure that requires knowledge of judicial rulings. Further, the Trademark Act of 1999, section 29(8), refers to the use of trademarks in advertising, which might be construed as infringement. However, Section 30(1) allows for the use of third-party trademarks (fair use). This provision is frequently invoked in defamation lawsuits. A remedy for competitive advertising that amounts to disparagement is not provided by this single clause in trademark law.

Comparative advertising can not only harm a competitor’s reputation but also mislead consumers. Advocating comparison advertising without sufficient guidelines will harm competition and consumer rights. Also, the word ‘honest practices’ from the Paris Convention needs clarification. The phrase was kept broad to allow varying trading patterns. However, to eliminate misunderstanding and improve governance, the phrase needs to be standardized. Sector-specific guidelines should be part of a unified law. According to the Delhi High Court, “what is acceptable in ads for secondhand automobiles may not be acceptable in ads for potent medicines”.

Only sections 29 (8), 29 (9) and 31 of the Trademark Act 1999 deal with advertising. Aside from that, the Act makes no explicit mention of comparative or derogatory advertising. Despite the numerous legal battles and the financial importance of advertising, no Indian law defines the phrases ‘comparative’ and ‘disparagement’. In this circumstance, making appropriate therapies available is vital. Thus, timely grant of appropriate remedies might mitigate the detrimental impact of derogatory advertising for rival traders.

According to the Trade Mark Act 1999 Section 29 (8), a third party shall use a trademark in an advertisement in a ‘honest manner’. However, the ‘honesty’ requirement set by courts in India and worldwide is objective. Comparing like products without disparaging competitors’ goods or services is prohibited. It is true that the court’s points or so-called guidelines are right, but they are ambiguous and lack uniformity in the justice delivery process. As a result, judges are required to look through technical or scientific material as well as many commercial information in every case they hear.

An expert member (amicus curiae) or committee may be required to help judges with scientific or technical data. No damages or remedial advertising has been granted yet.  Market experts should also ensure that claims are verified before they are made public, reducing the risk of damage to the brand.

“Monopolistic advantage is a significant force in an acquisitive society. If left unchecked, it would patent the wheel, trademark the alphabet, and copyright the sun and moon.” The aforementioned is adage and appropriate to advertising (comparative and disparaging). A timely check can promote fair commerce. Waiting until the matter is resolved is a mistake, thus to be on a safer phase better to give a legal cover over one’s  intangible to enforce the right anchored towards it.