A compulsory license is a legal instrument by which a Government allows someone else to manufacture and sell the product that has been patented by another company. Bangalore based generic company was the first ever company that have the compulsory license for manufacturing and marketing the patented drug Nexavar. In the year 2008, Bayer obtained the patent of Nexavar in India. They sold the patented medicine in the brand name of Sorafenib. The drug is used for the treatment of liver and renal cell carcinoma. Bayer was selling the patented drug at INR 2,80,000.00, a pack of 120 tablets. However, CIPLA, another generic drug manufacturing company of India was selling the same generic version Soranib at INR 30,000.00. Later on, CIPLA reduced the price of the drug to INR 5400.00. Bayer has filed a patent infringement case against CIPLA that is pending in Delhi High Court. The Delhi High Court has not yet granted any injunction against CIPLA. 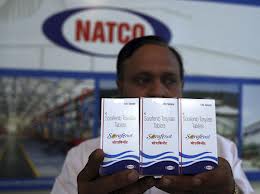 In this scenario, Natco applied for a compulsory license of Nexavar. They got the license from Drug Controller of India for manufacturing and marketing Nexavar in Indian market from April 2011. Bayer Corporation appealed to IPAB [Intellectual Property Appellate Board] for a stay order against the ruling of Drug Controller.

Justice Probha Sridevan, Chairperson of IPAB and technical member DPS Parmar observed that though Bayer got the patent of Nexavar in 2008, the drug is available only in four metropolitan cities, Delhi, Kolkata, Mumbai and Chennai. Another interesting fact was that Bayer imported only 200 bottles of Nexavar from 2008 to 2010. The requirements of Nexavar are 23,000 bottles per month in India. This example proves that the drug is out of reach to the majority people of India for its exorbitant price. Government has granted the patent for fulfilling the minimum requirements of Indian people. The Judges also mentioned that According to Article 31 and 27[1] TRIPS of Paris Convention, Patented life saving drugs should be available to all and patent rights will be enjoyable without any discrimination whether the products are imported or locally manufactured. Therefore, both the Judge asked Bayer to take some proactive steps to avoid the issuance of the compulsory license. 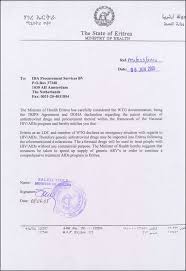 However, the attached evidence of expenditure in Research and Development for Nexavar submitted by Bayer did not justify the claim of huge investment. They also could not establish their claim of patient assistance program.

Therefore, the chairperson of the Board and other judges were not satisfied in this argument. They said that the objective of the “TRIPS” is not the conditional subsidized offer of drugs. The motto is the availability of drugs to all the people without any hindrance.

Considering the arguments and counter-arguments of both the parties the judges rejected Bayer’s appeal. The Board also imposes some conditions on Natco for retaining the compulsory license. Controller had set the price as INR 8800/- for the one month’s treatment. Natco will pay 6% commission to Bayer and they will provide the drug at free of cost to at least 600underprivileged patients per year. Bayer also agreed to sell the drug at the price of INR 30,000.00 for one month’s treatment.

For more details, you may consult Lex Protector.

Request for March-in on Abbot Patent for Ritonavir, a drug for AIDS

A bold initiative by the Government of India will change the health scenario of the country.

Quick Dismissal of Bayer Appeal against Natco on cancer drug