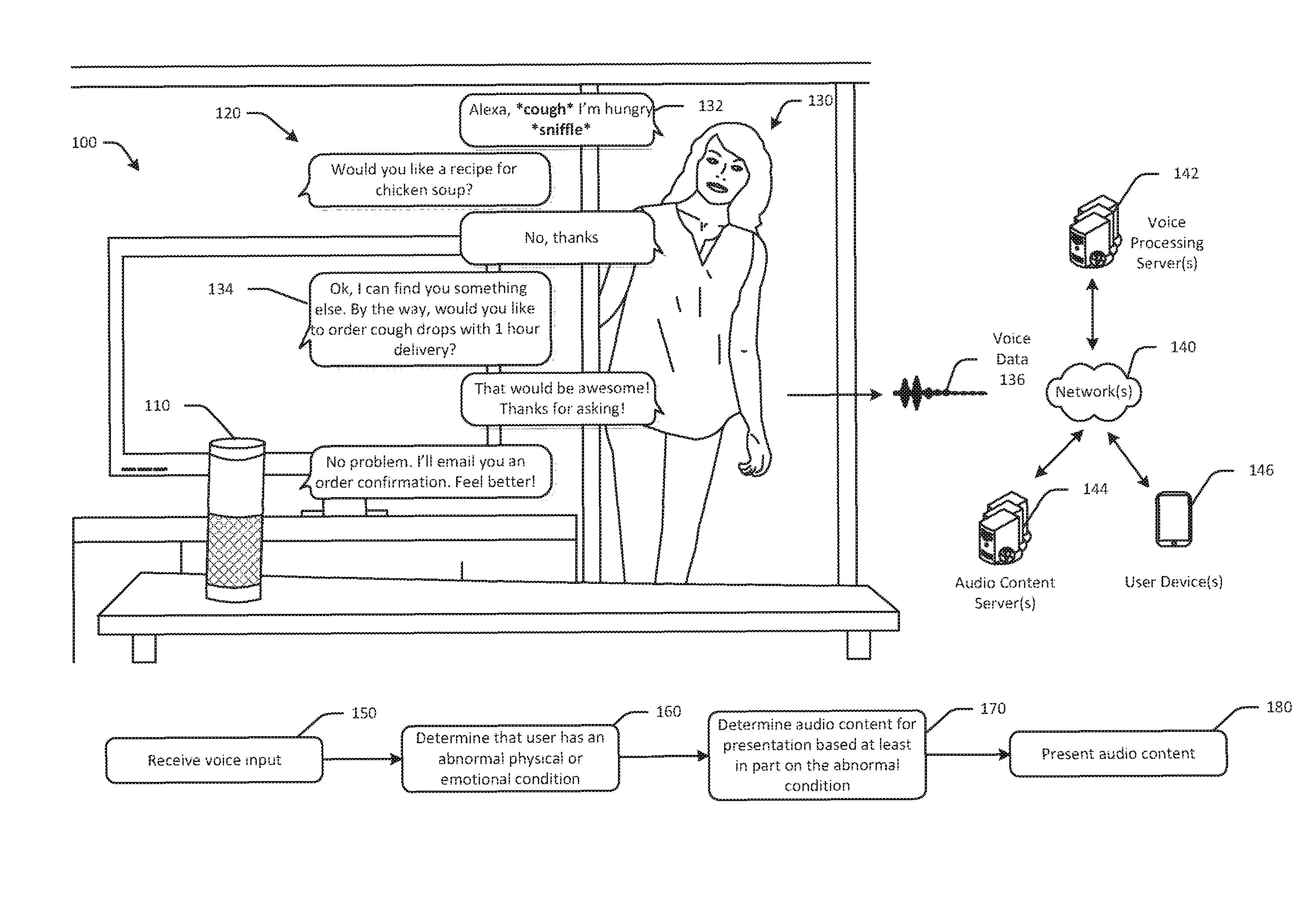 Amazon has undoubtedly become a household name in the field of e-commerce services. Although it became a pioneer in the e-commerce sector, it did not limit its reach and had ever since evolved by venturing into different areas such as Consumer Electronics, Cloud Storage, Goods & Services, Digital Media, etc.

One of the significant developments by Amazon is ‘Alexa’ which is a virtual assistant aiding in performing several functions like playing music, setting reminders, providing information on sports, weather, traffic, etc. The rise of virtual assistants has grown significantly namely `Siri’ by Apple, `Ok, google’ by Google and now `Alexa’ by Amazon.

The recent patent obtained by Amazon for Alexa in the United States Patent & Trademark Office with the patent number: US 10,096,319 with the title `Voice based determination of physical and emotional characteristics of users.’ What holds to be unique about this patent is how a virtually developed assistant is capable of determining the emotional and physical state of a user.

Alexa is equipped with responding to voice-based commands like playing music, order goods, and services but now through this patent; it will also be able to determine the following things:
Emotional State: The emotion while giving a command like happy, sad, excited, etc.
Health Condition: It will be capable of analyzing through the speech and voice whether the user has a sore throat, cold, cough, sleepiness, etc.
Environment: It will also assess the current background noises like music playing in behind, the presence of people, traffic, etc.
The language of the user: It will analyze the voice of the user and determine the ethnicity and accent of the language, like the British accent, Indian accent, European accent, etc.

Hence, through such analysis of the data, it will provide relevant content to the user for that period only which shall not be available later. One can say it acts as a tool to target the audience for certain business individual/entities by fulfilling the needs of the users in the new digital era but creating more dependence on such emotional intelligence.

What also pops a question is the extent and reach of such technology and would that invade the privacy of a person? Maybe, Alexa can answer that too!

How to convert your invention to money?