The Ghost of FDA continues to haunt Ranbaxy. After blacklisting all of its Indian facilities, the FDA (US Federal Drug Administration) has now annulled its tentative approval to grant Ranbaxy a market exclusivity which latter had procured for manufacturing generic versions of two off-patent drugs. This missed opportunity is going to cost Ranbaxy more than $200 million as per the analysts. FDA has found that the source of these drugs would have been Panota Sahib and Devas facilities that have been blacklisted for manufacturing lapses and other regulatory non-compliances way back in year 2008. The other factories at Mohali in Punjab and Toansa in Himachal Pradesh were blacklisted in last and this year respectively. There were speculations that the acquisition of Ranbaxy by Sun Pharmaceuticals might allay Ranbaxy’s troubles, but this incident has shattered that hope also.

Ranbaxy was granted a market exclusivity of 180 days after its Abbreviated New Drug Application (ANDA) was accepted by the USFDA with respect to two drugs. An ANDA is basically a tool provided under the Drug Price Competition and Patent Term Restoration Act, 1984 (also called the Hatch-Waxman Act) to allow flow of generic medicines by granting approvals without conducting duplicative clinical trials. The drugs involved here are the generic versions of Roche’s antiviral drug Valcyte and AstraZeneca’s heartburn pill Nexium. Ranbaxy was supposed to launch Nexicum by the month of May and market it till November, but that never happened. This made other generic companies come out of their coffins and demand the revocation of the exclusivity rights granted to Ranbaxy.

It is obvious for us to assume that Ranbaxy ought to have delivered upon its promise to market the generic drug after it procured market exclusivity rights for 180 days. Other generic manufacturers and general public was ultimately bearing the cost of this leeway for they still had to pay high price for the drug which was already off-patent. Nevertheless, my concern lies on a different platform here. Indian generic companies have been the target of USFDA for quite a long time now. The blacklisting of Ranbaxy’s facilities, however has taken this issue to a whole new level now for the number of warnings have suddenly surged after the incident. Cadila Pharmaceuticals was warned by the USFDA for not complying with the quality standards at its manufacturing factory situated at Akhileshwar in Gujarat this year. The exact reason was cited as inaction towards consumer complaints between 2011 and 2012 for unpleasant odours and impurities in its drugs. Drugs are meant to be unpleasant and assuming that the deft ‘consumers’ identified impurities, why it took USFDA three long years to issue the warning? Similarly, in the month of July this year, an Ahemadabad based drug-maker Marck Biosciences was issued a warning because of ‘Unclean Toilets and Decaying Frogs’ found in the facilities.

The bigger picture here portrays India as a soft target for the US policymakers and they have left no stone unturned to insert slabs in the shoes of the Indian Generic spearheads. One of the complainants in the present Ranbaxy’s case was the Attorney General of Connecticut who urged FDA to cancel Ranbaxy’s ANDA application. As per the June 2014 issue of a report released by CRISIL, the spurge in the number of actions launched by FDA on Indian drug facilities has nothing to do with a country specific bias and is aimed at “Boosting the US supply chain”. It also states that the balance sheet of Indian drugmakers is quite strong and will continue to remain healthy in the near future also. But the story of Ranbaxy speaks otherwise. It got acquired by other companies after its facilities got blacklisted. This year only, a Bangalore based Pharmaceutical company known as Medreich Ltd. was acquired by Meiji Holdings Ltd., a Japanese company for $290 million. In 2010, US based drug manufacturer Cambrex Corporation purchased 51% stake in India’s Zenara Pharma. Big companies though don’t get acquired that easily, but they have to keep shedding their leaves by selling their shareholdings to offset the losses.

succinctly by the US authorities. It may remain the biggest drug supplier to the United States but will never be able to retain the credibility for its goods like it was some years ago. It’s true that to some extent the companies have also been negligent, but the direct interference of a country’s department into our local periphery and the indifferent attitude of the Indian Government towards the plight of the Generic Drugmakers is quite whimsical. It’s time that government must come to aid these companies or they will be left with no option but to exhibit a parade in front of the US and Indian premiers this Republic Day with their flags down to display their plight. 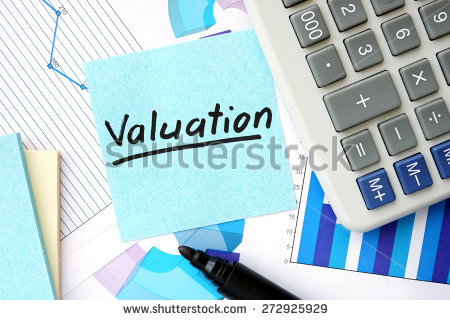