In 2011, a certain crested macaque from Indonesia named “Naruto” became famous overnight. Selfies turned into a sensational news. The selfies were not associated with any human, rather it was of Naruto. PETA, usually known as, People for the Ethical Treatments for Animals, claimed Naruto’s right over the photographs. One fine day, the wildlife photographer, David Slater, forgot his camera in the Indonesian rainforest and the monkey took selfies from that camera. Intrigued by these pictures, at some lucky hour Slater decided to publish these pictures.

The legal battle began when PETA, filed a lawsuit against David Slater and the publishing Company in 2015. PETA filed the lawsuit as the next friend of the monkey Naruto, stating that “since the monkey has taken the selfies technically he becomes the owner of the pictures and not Slater”. Hence, PETA contended that Naruto’s copyright over the pictures have been infringed.

As per the “next friend” principle is concerned, this principle says that you can sue on behalf of someone else under two circumstances. First, when they cannot do it themselves and second when you have “some significant relationship with, and (are) truly dedicated to the best interest of the petitioner”. The court opined that PETA has failed in establishing “significant relationship” with Naruto, and animals cannot be presented by “next friend” in the court. However this inability could not stop him from suing anyone, as he has been granted the right under Article III of the US Constitution. Now although Article III of US constitution gives Naruto the right to sue, the Copyright Act does not expressly gives him any right to sue for infringement.

With “Naruto Vs Slater” the famous “monkey selfie” case is finally concluded. This case could not help the Indonesian crested macaque in getting copyright over the pictures. However, with court’s emphasis on Article III a tiny ray of optimism lurks that in future maybe monkeys or other animals can succeed in enforcing their legal rights in courts. 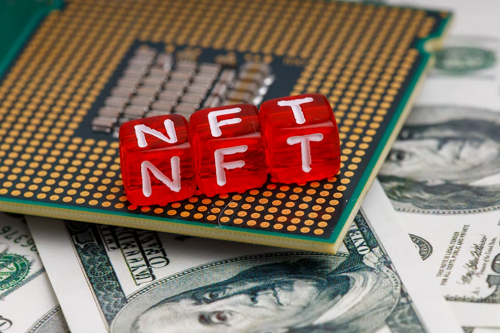 CAN NON-FUNGIBLE TOKENS BE A GAME-CHANGER FOR ARTISTS?

The proposed amendment of royalty to the artists in the entertainment industry under Indian copyright (Amendment) Bill, 2012 has raised a controversy