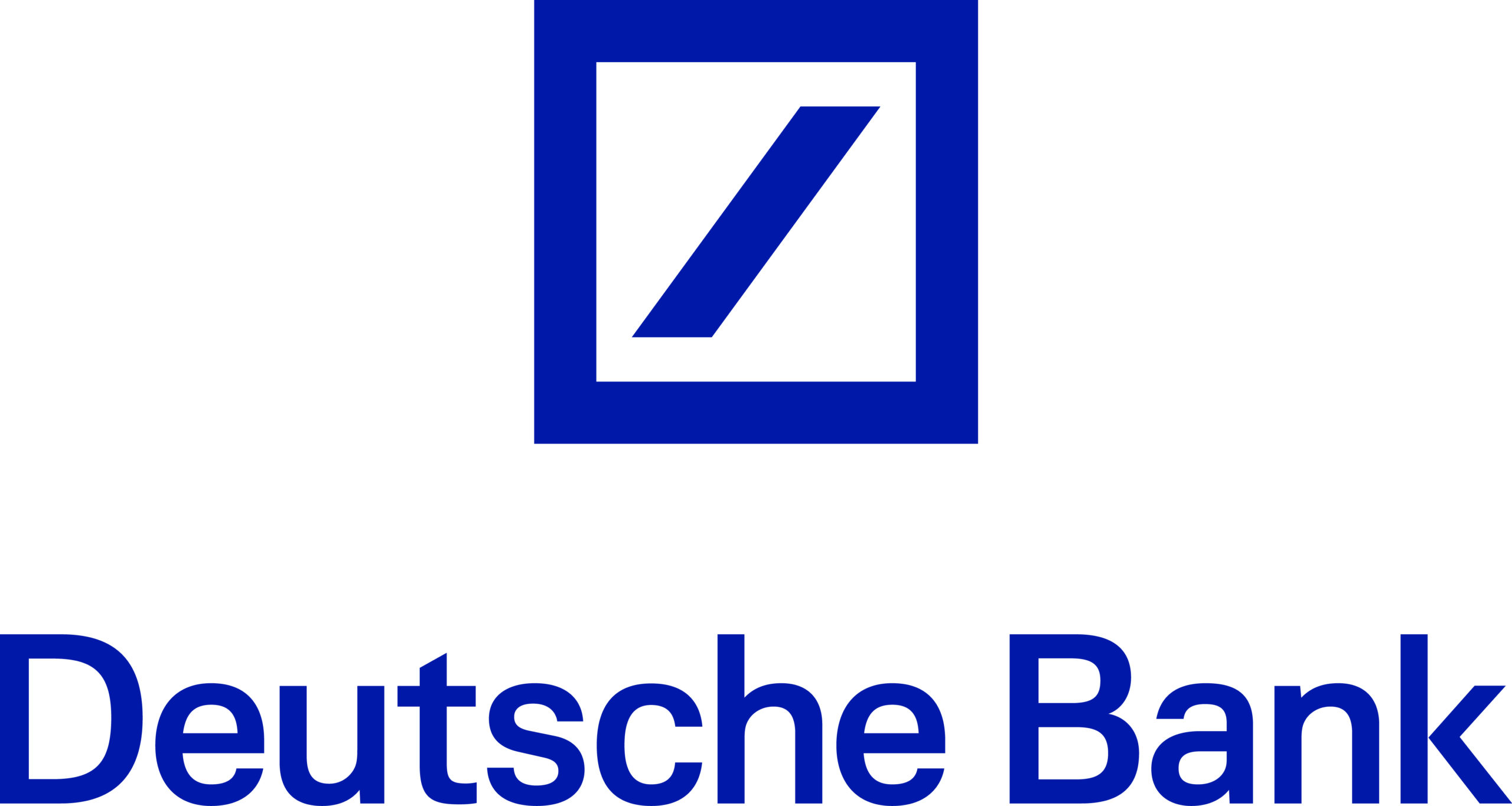 Deutsche, a renowned name in the banking sector. This is a famous German investment bank, headquartered in Frankfut, Hesse, Germany. The bank was founded in 1870, and today has presence in over 58 countries and has broad presence in Europe, America and Asia.

The Company has a strong and profitable private client franchise. The bank specialises in “Foreign Trade”. Three of the main founders of the Company includes Georg Siemens, Adelbert Delbrück and L. Bamberger.

A bank which started as a regional bank, soon started expansion of business by forming alliance with other large regional banks. Soon the bank started overseas business.

From then the bank has never looked back and has carried their legacy for over 148 years. The bank was also one of the major companies who were to pay heavy compensation as the result of a lawsuit brought by Holocaust Survivors.

The company got registration over their mark in USPTO on 20th July, 1993 with registration number 1782926. We are honouring this historically and culturally rich bank by making it our “Trademark of the Week”.

The Company has been involved in some financial controversies. Recently in June, 2018, the Company is alleged to be involved in criminal cartel charges in Australia. Long usage, global presence and fame among the targeted consumers has made “Deutche Bank” a leading bank in the world.