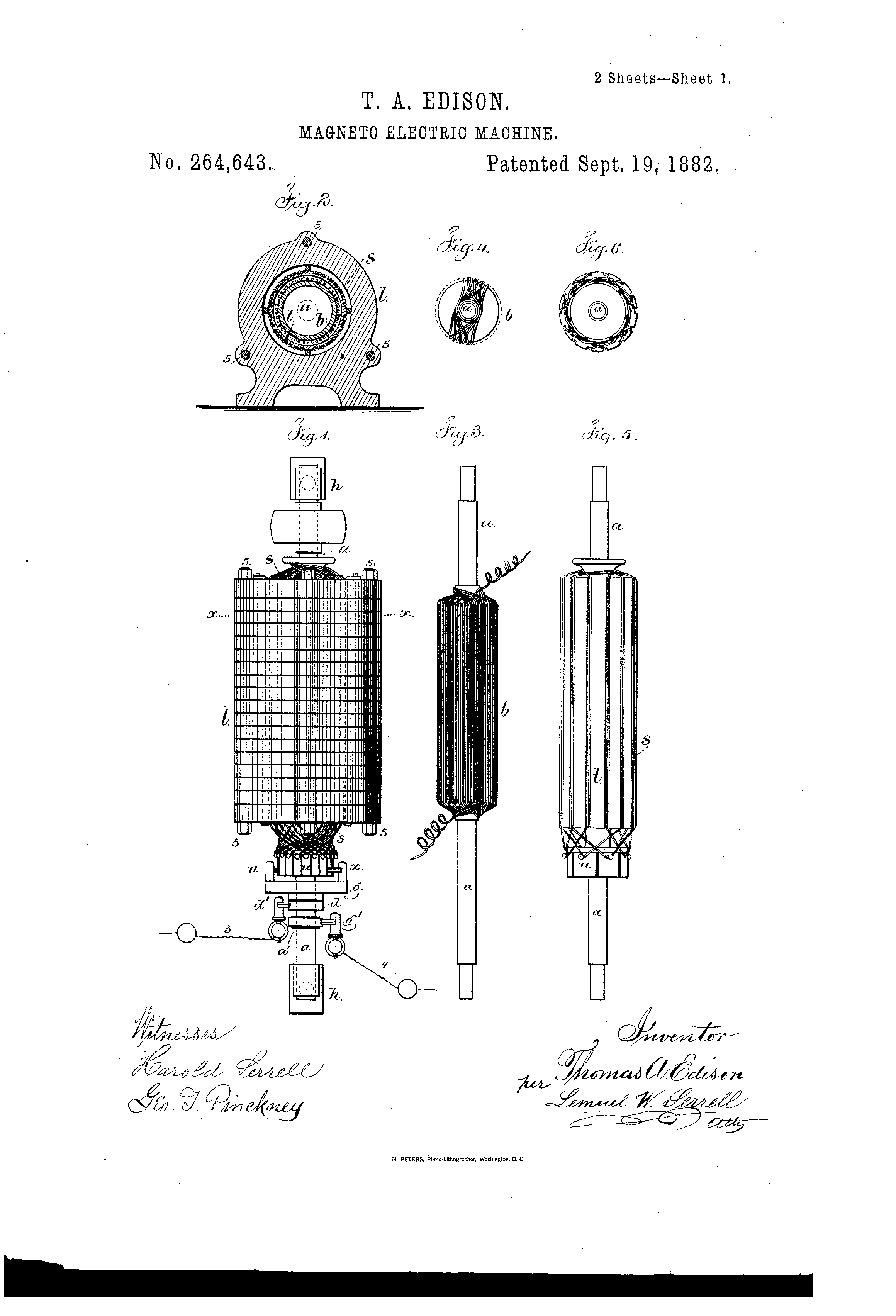 In the world of science “Thomas Alva Edison” is a well-known man. He has over thousands of invention to his credit and has got patent protection over 2332 invention all over the world. Magneto Electric Machine is one of those.

He got patent protection over this on 19th September 1882 with patent number US264643. In this machine, Edison has employed a cylinder, the surface of which is covered with a coil of wire along its length.

When electric current passes through the coil it converts the cylinder into a magnet. In which one side is south polarised and the opposite is north polarised. A iron shell is employed and by rotation the Shell also becomes magnetised.